Itch Relief Options For Your Dog 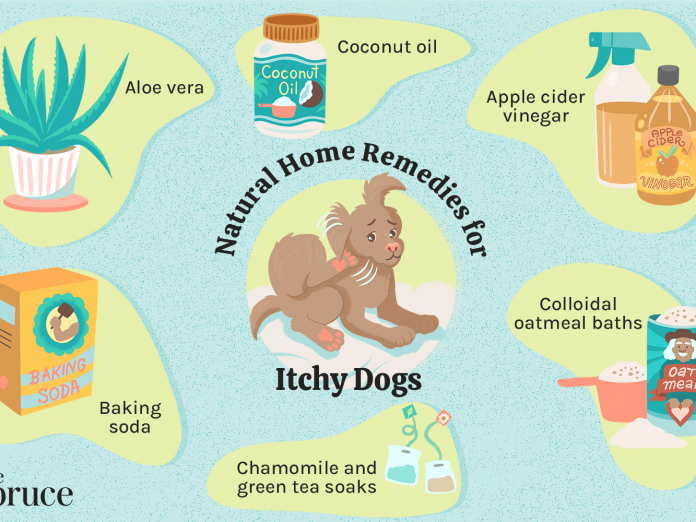 Looking after your pup can be a really taxing, potentially expensive and definitely non-stop job. Even though it may seem like dogs are largely self-sufficient and don’t need an especially large amount of care, there are actually all sorts of things that you need to do to make sure your friend lives a happy and healthy life. One of the most common sources of discomfort and unhappiness amongst dogs, no matter how well looked after they are, is itchiness.

It’s important to note at this point that seeing your dog itch a few times is not necessarily cause for alarm. Healthy, comfortable dogs itch as part of their daily routine. They itch in the same way you and I might, if there is something caught in their hairs which is tickling the skin and they itch as part of their normal maintenance, in the same arena as when they lick and rub themselves. So, don’t panic when you see some itching, just keep your eye out.

If itching is persisting in an annoying, near-constant sense, that’s when you need to start thinking about intervening. Intervening with your dog’s itchiness means a few things, all of which usually involve a diagnosis of sorts. So, without further delays, here are some steps and ideas you can put into action to help to relieve your dog’s itching and scratching.

Recognize That It Could Be For A Whole Range Of Reasons

This is probably the most important of all the steps. You don’t want to reach immediately for a solution before you really know what the problem is. And, frustratingly, dogs itching can mean a whole load of things, all with a range of potential implications. It’s possible, and certainly common enough, that your dog has fleas. This would lead to its own solution. Maybe it’s a problem with your pup’s coat. Is it too oily? When did you last have bath time? Is it too dry? Has the weather changed recently? Perhaps it’s allergies; dogs are allergic to an enormous range of things, in the same way humans are, and many of them are found in the fields that dogs run and play in. They may also have gotten bitten by something or have developed some sort of rash. An examination of the area in which they are focusing their itching will likely reveal the whole story to you. But it’s vital that you perform this step, since you will waste time and put your dog through more discomfort if you jump to your own conclusions about the situation. If you can’t work out what’s going on on your own, then you might start thinking about taking your dog to the vet, just for some professional guidance.

Attack Of The Fleas

Fleas are super high up on the list of possible explanations for itchiness in your dog. “It’s not at all an indication of any sort of neglect or special dirtiness, so there’s no need to be worried about that. Fleas are extremely resilient and very cunning, with a remarkable ability o jump from host to host, so your dog may have even caught them from a fellow canine down in the park”, suggests Maria Wilson, lifestyle blogger at Academized and BoomEssays. The key thing is identifying and addressing. Fleas are no fun for a dog, who will scratch endlessly with no way of removing them. You’ll need to get real medication involved if it is fleas that you find yourself waring with. Normal some sort of localized ointment or a daily tablet will be prescribed to rid your poor dog of its unwanted guests. Just make sure that you confirm that it is fleas before going ahead with the treatment.

A whole load of the potential causes of itchiness in your dog can be dealt with, relieved or reduced in the likeliness that they appear by bathing your dog regularly. Bath time can be difficult, to say the least, and requires you to have a good little bath station if you don’t want to share the family bath with your canine friend. Furthermore, it requires some patience as dogs can be a handful in the bath. Just make sure you’re not in your Sunday best. A good bathing schedule will stop things like oiliness in their coat, dry skin and can even help protect against fleas and other unfriendly invaders. However, a quick warning. There is such thing as bathing your dog too much. “If you put your dog in the bath every day, you’re actually doing yourself and your dog no favors. Dogs aren’t like humans, they won’t develop odors from not washing in the same way. And, in fact, on top of that you will be denying your dog some really valuable oils that keeps their coat healthy”, says Lucy Hale, a pet writer at UkWritings and Uktopwriters. But, in general, it’s always a good idea to implement regular washes and you should find that it really helps your dog to stop itching.

Watch Out For Changes To Diet

Allergies are a very common cause of itchiness. Often these will be environmental allergies since your dog is extremely likely to be brushing its body and legs along trees and grass as it runs around in the park. This kind of contact can cause localized allergic reactions very easily. However, if you haven’t changed their walking routines and there isn’t an obvious other offender, that doesn’t mean that allergies should be ruled out for sure. Allergies can easily stem from food. It’s important that you monitor what your dog eats as closely as you can, which can be a challenge since dogs will frequently eat anything that they find in their travels. However, noticing a change in diet will allow you to easily identify the cause of a whole range of problems, from stomach issues to itchiness. Food allergies can be hard to spot but could easily cause itchiness. Furthermore, certain foods don’t give your dog the right oils and fats to maintain a healthy coat which can also lead to a great deal of itchiness. Overall, it’s important to monitor diet and to refer to it if you can’t find other explanations for your dog’s itchiness.

In the same way that fleas can be harassing your dog and causing real itch problems, there are other animals which could potentially have caused problems that are now making your dog itch. Ticks are like fleas but can cause more serious issues if left unmonitored. Ticks will cause itching in your dog, but the itching will lead to no results, since ticks can be tiny and can burrow really deeply. Ticks attach themselves to humans and dogs, particularly after walking through fields or tall grass. So, if you’ve taken your dog for a walk through fields and find them itching one spot, that’s a good indication that something has clung on. Other possible causes of itchiness may also include bites from things like bull ants, spiders and other insects, or stings from wasps, hornets and other animals. There will usually be redness and swelling wherever the affected area is so it should be fairly simple for you to identify if your dog has been affected by any such issues. The best solution for these is usually in the form of creams and ointments to help relieve the desire to itch. A tick will need to be removed. If it is a large and obvious tick then you should be able to take it out with tweezers in the comfort of your own home. However, some ticks, any that have burrowed, or which are particularly small, will need to be removed by a vet, usually with precise instruments, a sterile environment and good lighting, so make sure you get that taken care of professionally.

If you inspect an area of your dog’s skin and see any sort of rash or infection-like mark, then it’s likely that they have some sort of skin infection. Again, this is an area in which you have to seek professional advice. One of the most common infections, an infection which humans can also get, is a yeast infection. All such problems will need to be dealt with via prescribed medication, from a vet, which will get rid of the root infection rather than simply dealing with the effects of the infection. You can look up pictures of common infection rashes to give yourself a better idea of what you might be looking at on your dog.

It’s never a nice thing to see your dog in discomfort. It can be a very confusing thing looking after them when they aren’t able to physically describe what is happening to their bodies. Hopefully, with the help of this guide, you should be able to find out what is happening to your canine friend when you see it itching. Be vigilant and never be afraid to go to a professional to get some concrete advice.